Spartanburg, South Carolina. A Logistical Powerhouse from the late 19th Century to Today.

In my last blog post, Big Opportunities in a Small Town, I mentioned a fact about the Upstate of South Carolina that deserves more attention:

CCIM Commercial Investments 2022 Winter Magazine cited Greenville-Spartanburg as one of the top three best locations in North America for distribution.

The Upstate is well positioned geographically to support efficient distribution, and there has been an extraordinary amount of industrial development and investment in this area.

While the Upstate of South Carolina has received national attention for being a logistical powerhouse, I’d like to begin by exploring a less discussed topic:

Spartanburg is called Hub City for a reason.

This significantly reduced the transportation costs for existing manufacturing and fostered an incentive for new textiles to migrate to where rail was accessible.

Textile Industry by David L. Carlton provides a nice timeline throughout the 1900s:

By 1900, South Carolina was the second largest cotton textile producing state, of which Spartanburg played an active role.

By the 1930s, U.S. manufacturing started to feel the effects of international competition. Despite the setback, there was another increase in manufacturing activity in the 1960s.

By the late 1990s/early 2000s, textile mills were a mere vestige of the once dynamic textile industry.

Today, many of the once abandon textile mills have been converted to apartments or other commercial uses.

Location is a large reason why Spartanburg is an attractive site for manufacturing, logistics, and distribution.

The port of Charleston and Georgetown are among the top 10 ports in the entire country, and 1 out of every 11 jobs in the state is either directly or indirectly related to the South Carolina ports.

South Carolina has two inland ports, one of which, Greer Inland Port, is located in the Upstate (and the other is in Dillion).

Location for efficient distribution is becoming more important than ever.

Although industrial rents continue to rise in the area, Spartanburg is an efficient spot from a logistics standpoint. From the Upstate, two-day delivery is feasible to locations on the east side of the Mississippi River.

As transportation costs become more expensive because of fuel prices, supply chain issues, etc, location is becoming an even more critical factor for companies to consider.

In 2021, $1.9 billion in new capital was invested in Spartanburg County.

Some of the newest investments are the Walmart Distribution Center at $450 million and Oshkosh Defense at $155 million.

And Spartanburg Has More to Offer

Spartanburg is a desirable place to live:

I mentioned in my last post that the National Association of Realtors named Spartanburg among the top ten in the nation for the most affordable “Hidden Gems” places to live.

Spartanburg has a dynamic job market, largely because of the industrial and manufacturing climate in the area.

Last year, there were over 4,000 new jobs added, according to OneSpartanburg, with over half of these jobs being in the manufacturing or distribution and logistics fields.

Another unique attribute of the area is the access to higher education. Spartanburg is home to seven colleges and universities.

Greenville, S.C. is also on the national radar. The town has been named the “No 5 Best Small City in the United States” in the 2021 Conde Nast Travelers Readers Choice Awards.

The top destinations, Myrtle Beach and Charleston, are only a few hours aways.

While the Upstate has received national attention recently for its industrial climate, it’s nice to take a step back to recognize that Spartanburg’s footprint in industry was established years ago when it became a leading textile town in the nation. 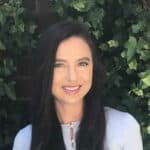